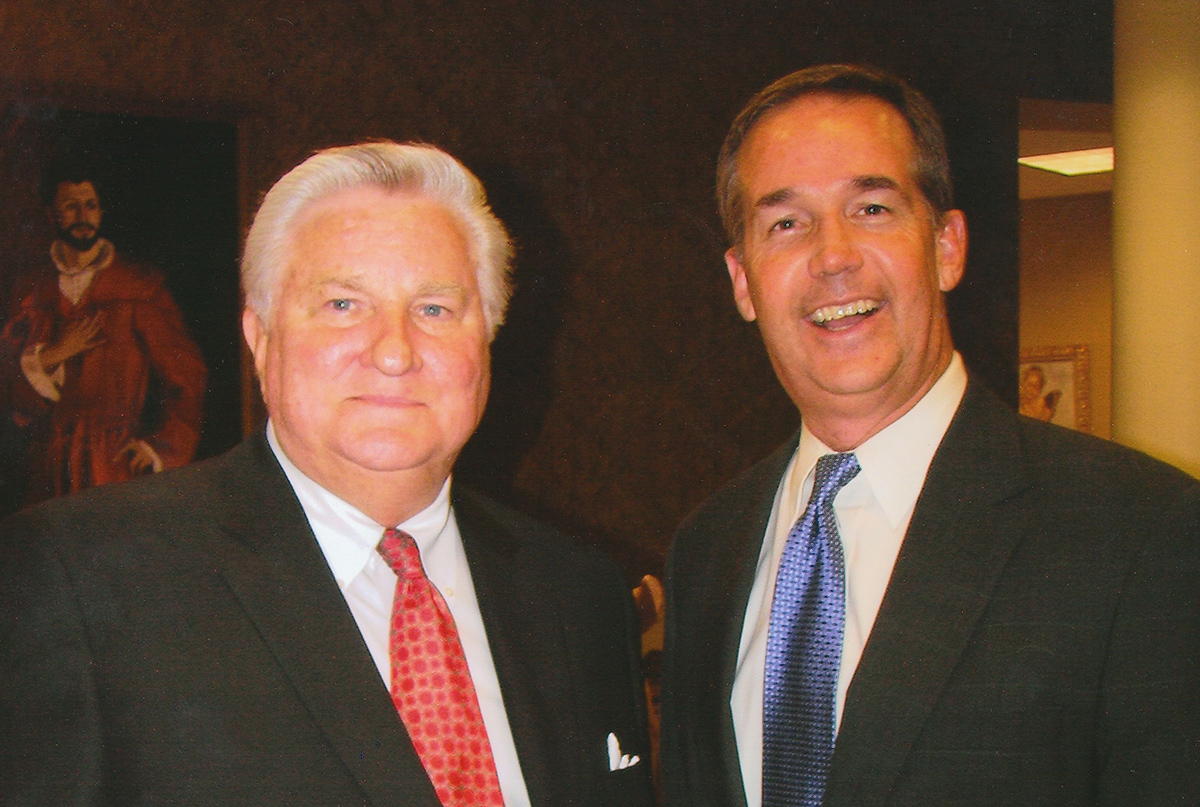 Fred N Roberts, Sr. is the chairman of Roberts Real Estate, Inc.  He was born on December 13, 1938, in Salisbury, Maryland.  His father was a highway contractor throughout several southeastern states and an operator of concrete plants in Virginia.

Fred earned a BA from Vanderbilt University in 1961 and his Juris Doctor from Stetson University’s College of Law in 1964. He served in the Florida Air National Guard for six years. In 1965 he became an administrative assistant to Governor Hayden Burns.

Soon afterward he relocated to Ocala and joined his family limestone operation in Lowell. He helped grow the business along with his brother until it was sold, in 1983, to the largest calcium carbonate company Europe. He then turned his focus on personal investments in real estate, citrus and other ventures.

Fred married Carolyn King in 1976 in Bartow, Florida, where she had been in the real estate business with her mother, Lucille King, and sister, Judy Barnett.

They purchased a home in Ocala, and in October, 1978, it became a very busy place with the birth of Fred N. Roberts, Jr.  Then in November, 1980, John King Roberts was born.

Both sons excelled in Ocala’s public school system and were graduates of Forest High School.  Both achieved four-year bachelor degrees from University of Florida.

Fred, Jr. then went to Stetson University College of Law where he also earned a JD degree and is currently practicing law with the Klein & Klein law firm in Ocala.

John attended the Rollins College Crummer School of Business where he earned his MBA degree.  He then earned a second master’s degree in real estate from UF’s Warrington School of Business in 2007.  He then went on to a career in commercial banking in Jacksonville. John and his family moved to Ocala in 2015 and he is currently an agent with Roberts Real Estate Inc. John specializes in commercial real estate.

Fred, Sr. became involved with a number of community and charitable organizations beginning 1986.  Appointed by two governors (Governor Bob Martinez and Governor Lawton Chiles), he served two four-year terms as a member of the District Board of Trustees of Central Florida Community College where he served as chairman. He was also appointed to the Florida Arts Council where he served two terms and was elected chairman twice.  His wide-ranging civic involvement also includes serving as a director or member of the following organizations:

Click to read a detailed the biography of Fred Roberts, Sr.